TGIF! This weeks quote. “Kids can learn about necessities and wants by recognizing what people live without. A common routine, but one that should not be overlooked, is having a family donate to a charity for those less fortunate. Ask your kids to search for items, toys or cloths that they no longer use and contribute them.” Alexa Von Tobel

Last night we were honored to host the end of year party for the NR Hockey teams. It was standing room only to recognize the team for the terrific season they had. But it turned into much more than that. Ex Ranger Ron Greshner was there to recognize the Bantam team for donating the most hockey equipment to be utilized by those less fortunate. Of all the hockey clubs throughout the tri state area our boys raised the most. The payback-the boys found a sense of camarderie and a new found respect that only those that donate can appreciate. Oh and they also won a trip to Sweden with the NY Rangers!!! What impressed me most is that most of the evening was a recognition of academic excellence, charitable endeavers the young men had participated in and the connection between the team and their coaches and families. Much credit belongs to Coach ‪#‎GaryDorkowitz‬ and his leadership and his ability to see the sport as a way to teach about life. As many of you know I profess my love of this community ad nauseam but last night was just another example of what makes our community so great. To say I am Raider Proud would be an understatement. Kudos to the NR Hockey teams.

Have a great week. May God bless you and yours. 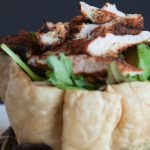 Lynch's Restaurant prides itself on serving only the finest cuisine in Stony Point, NY. Whether … END_OF_DOCUMENT_TOKEN_TO_BE_REPLACED